Why does weed make you hungry? 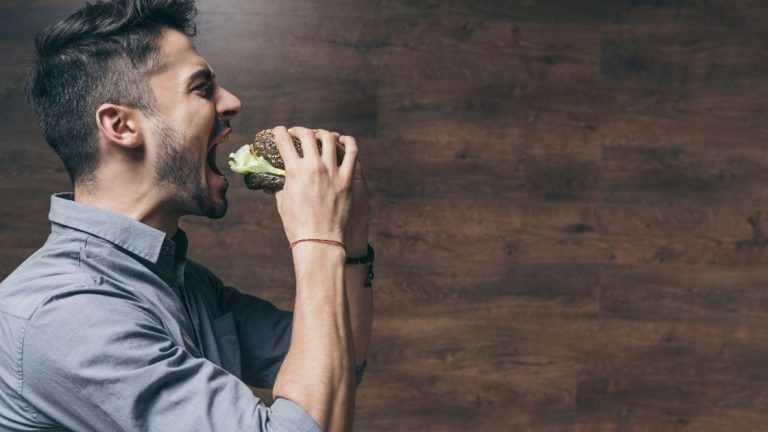 Cannabis consumption commonly causes severe hunger in consumers. The plants’ active cannabinoids, most significantly THC can dock onto the human endocannabinoid system (ECS) and mimic our body’s own messenger substances that trigger hunger.

Why does weed make you hungry?

Does weed make you gain weight?

The phenomenon where one feels intensified hunger after trying weed is known as "munchies." The slang term denotes a sudden onset of starvation after using weed. Therefore, having a strong urge to eat following a weed session makes many of us think that marijuana users will eventually become overweight.

But the opposite of this is true.

Recent studies disprove the idea of correlating marijuana use with obesity.

Consider the 2019 research conducted at Michigan State University with Omayma Alshaarawy as the lead researcher.

According to Alshaarawy, "Over a three-year period, all participants showed a weight increase, but interestingly, those who used marijuana had less of an increase compared to those that never used."

The researchers have employed data from the National Epidemiology Survey of Alcohol and Related Conditions (NESARC). Then, they examined the BMI of the 33,000 subjects aged 18 and older. Afterward, the team compared the numbers from the data.

In the stated time, it is perfectly understandable that some participants would experience weight gain. However, Cannabis users having less escalation in their perceived weight than with non-users is noteworthy.

The participants in the study all gained weight. Those who used marijuana, on the other hand, obtained two pounds less on average.

The researchers expected the "munchies effect" to lead to more weight gain. However, they were not all surprised by the results.

Despite determining the non-correlation of cannabis with being overweight, Alshaarawy still cautioned people in using the plant as part of their weight loss plan.

Lastly, Dr. Tamas Horvath, a neurobiologist at Yale University, disclosed the power of cannabis to trick our brain into hunger even though we already had our loaded meal. Horvath shared this during a press release in 2015 when Horvath and his colleagues studied the "munchies" brought by marijuana.

Our brains create cannabinoids, lipids that regulate appetite, mood, memory, and pain perception. THC, or tetrahydrocannabinol, is a substance found in marijuana that binds to cannabinoid receptors in the brain, simulating the effects of other cannabinoids.

Horvath discovered that THC activates a switch in the hypothalamus of mice. Rather than creating the chemical that signals fullness, neurons suddenly start alerting the hypothalamus that you’re hungry.

Does THC potency affect how hungry weed makes you?

Tetrahydrocannabinol, or THC, is a chemical of the marijuana plant responsible for its psychological effects. The chemical also affects the user’s longing for food. A particular study about mice and THC proves this.

To summarize the result of the study, THC influences specific receptors of the brain’s olfactory bulb. Consequently, the subject has an increased capability to smell food which leads to eating more.

According to the research, marijuana enhances your taste and smell receptors. As a result, you become starving, leading to the excess desire for food.

Further, this team of neuroscientists from Europe studied the impact of marijuana on our appetite. They have used lab mice in their research.

First, the scientists exposed mice to banana and almond oils to investigate their sensitivity scent. The animals displayed initial interest, but this did not continue later on. Then, the mice received a dose of THC. Their sniffing became more aggressive once exposed to the same oils. Moreover, these mice consumed more food following their THC dosage.

Second, they genetically modified some lab mice. These lack a specific receptor in their olfactory bulb, which hinders them from identifying THC. When dosed with the cannabinoid, the mice did not display improvement in their appetite. This result explains how THC affects our longing to eat.

According to this study, the THC potency of certain marijuana strains directly affects our inclination to consume foods. As a result, if mice are an accurate model for humans, THC enhances appetite by increasing our sensitivity to food odors. 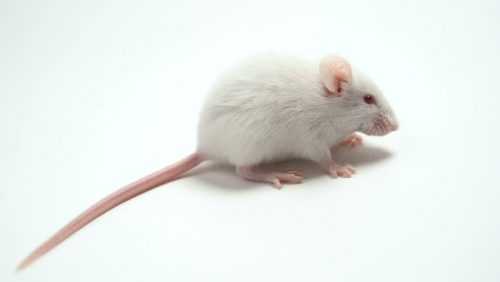 Does everybody get the “munchies” from weed?

Marijuana users feel a strong urge to tear a stockpile of food after consuming Cannabis.  As we have already established, this "munchies phenomenon" is generally attributed to the THC.

But is this effect always present among marijuana users?

According to Professor Jan Copeland, Director of the National Cannabis Prevention and Information Center, not all users experience intense longing for food whenever they had a cannabis intake.

An article from abc.net.au  quoted her saying the following words, "Every boring stoner website talks about the munchies experience… But a dedicated stoner would have left the munchies stage a long time ago. Heavy, regular users don’t experience the munchies, but the munchies are quite commonly reported among recreational users."

What is certain here is that the impact of a particular cultivar or strain on hunger varies considerably from one individual to another. Thus, for example, you may smoke a strain that makes you want to consume everything in sight, but your companion might not experience any hunger at all.

So much of each person’s experience with cannabis, like so many other parts of the plant, is subjective – and a lot of it depends on how often they take it. For example, if someone uses cannabis daily (or more than once a day), their body can establish various hunger-causing hormone release schedules that aren’t always consistent.

In some online cannabis forums, users state that frequent smoking of weed can make the "munchies" go away. They explain that when one smokes for more extended periods, the tolerance levels build up, making it hard to get the same stronger hunger as before.

Once taken, marijuana stays within our body for a particular period of time. You should also consider several related factors such as dosage, frequency of use, genetics, fat content, and metabolism. In my blog entitled, "How Long does THC stay in the system" I have discussed this subject thoroughly.

Does weed help with anorexia?

There are many eating disorders out there, and anorexia tops all of them. NEDA describes anorexia as "a serious, potentially life-threatening eating disorder characterized by self-starvation and excessive weight loss."

It is then a no-brainer to consider cannabis as a cure for anorexia because of its ability to induce hunger among its patrons.

In 2011, a Belgian study was released describing how cannabinoid-based treatment may treat eating disorders. According to the researchers, a malfunctioning endocannabinoid system (ECS) often is the cause of eating ailments. Cannabis is rich in THC – a chemical that affects the ECS – and this should address the eating illness among anorexic people.

The study suggests that cannabis may deal with endocannabinoid deficiencies among people suffering from anorexia. Simultaneously, it may also assist the individual in regaining his/her health. However, because this was a small study, additional research is most certainly required.

Can THC help with loss of appetite for chemotherapy patients?

Cancer-stricken patients are generally known to undergo chemotherapy. Although the medication does engage cancer cells, its side effects also bring inconveniences to the patient. Loss of appetite is one of the downsides of chemotherapy which eventually leads to anorexia. As a result, finding efficient techniques to assist patients in maintaining a healthy diet and getting enough calories is a critical part of their treatment.

Canadian researchers, such as one that was released in 2011, have done a study wherein they have incorporated the use of THC in increasing appreciation of food among a group of advanced cancer patients (excluding brain cancer).

Twenty-one adult patients participated in the pilot study. They were either taking chemotherapy or have been treated by it in the past. Some patients receive oral capsules with THC in them, while others got a placebo.

The result of the study is promising:

"From patient answers to questionnaires conducted before, during, and at the end of the trial, the researchers found that the majority (73%) of THC-treated patients reported an increased overall appreciation of food compared with patients receiving placebo (30%) and more often stated that study medication "made food taste better" (55%) compared with placebo (10%)."