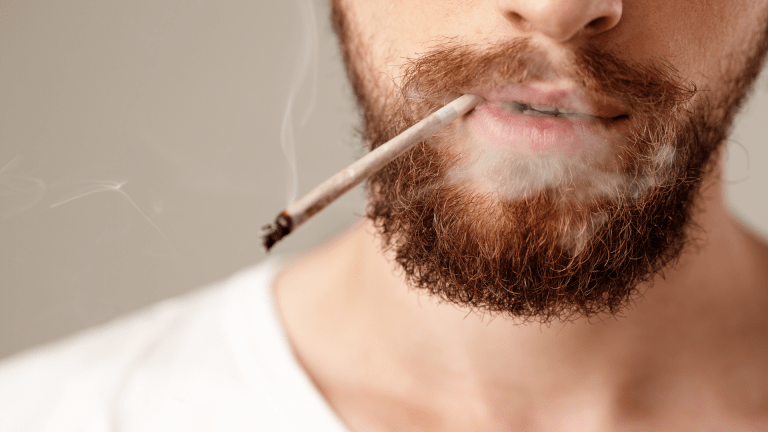 People commonly compare smoking marijuana with puffing cigarettes, thinking these are similar. They believe that these practices are harmful to the lungs.

This article will help you grasp the difference between smoking weed and smoking tobacco, as well as the other ways of ingesting Cannabis.

How does cigarette smoking affect our lungs?

Smoking cigarettes has severe health complications to your respiratory system. Such a fact is especially true for your lungs.

Smoking cigarettes can have a pressing negative impact on your health. Cigarette smoke comprises a complex mixture of about 7,000 compounds in each puff. When you inhale this, the smoke hits your lungs immediately. And the poisonous compounds are transmitted via your bloodstream to the rest of your body.

The fundamental function of the lungs is to transfer oxygen-rich blood from the air you breathe into the rest of your body and remove carbon dioxide as waste when you exhale. While no tobacco product is entirely safe, consuming combustible products, such as cigarettes, are particularly harmful to the lungs.

Here are some of the health consequences of smoking tobacco/cigarettes according to the 2010 Surgeon General’s Report:

How is marijuana smoking different from cigarette smoking?

Although the two materials, marijuana and tobacco, include many of the same components, a large-scale national study reveals that low to moderate marijuana usage is less damaging to users’ lungs than tobacco.

This 20-year study, led by UCSF and the University of Alabama in Birmingham, gathered data from over 5,000 persons in the United States. Mark Pletcher, associate professor in the Division of Clinical Epidemiology at UCSF, was the leading author.

Researchers looked at the link between current and lifetime marijuana use and lung function in a published publication by the American Medical Association (JAMA). From 1985 through 2006, the Coronary Artery Risk Development in Young Adults (CARDIA) study gathered medical information from 5,115 men and women in four U.S. cities.

The researchers measured airflow rate, how quickly a person can blow out air, lung volume, and how much air a person can hold, generally around six liters for an adult male. A spirometer, popular medical equipment that monitors airflow when breathing in and out, was used to assess lung function.

The same is not the case with marijuana consumption. When exposed to marijuana at a specific level, the airflow rate increased rather than decreased.

The reasonable explanation for this is that marijuana users only smoke weed two to three times per month, on average. On the other hand, cigarette consumers do take 10 to 20 cigars a day.

"Our findings suggest that occasional use of marijuana for these or other purposes may not be associated with adverse consequences on pulmonary function," Pletcher said. "On the other hand, our findings do suggest an accelerated decline in pulmonary function with heavier use – either very frequent use or frequent use over many years – and a resulting need for caution and moderation when marijuana use is considered."

How to consume cannabis healthily?

There are many ways to consume cannabis healthily. I have listed below four means of consuming marijuana which you can choose according to your preference.