Is Cannabis farming bad for the environment? 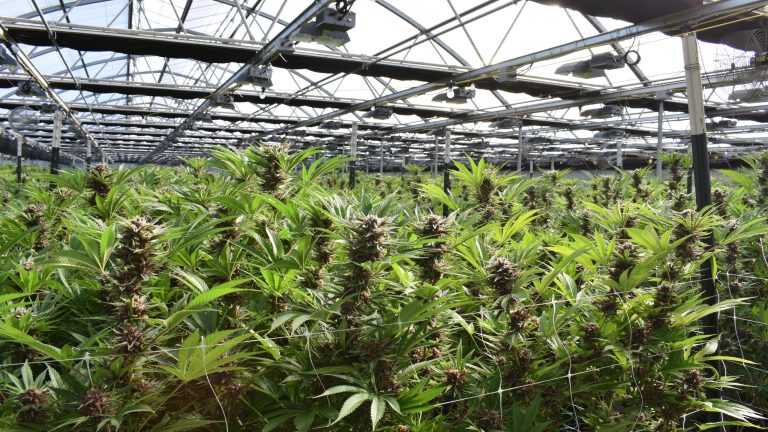 As we are in the narrative to legalize the recreational and medicinal use of Cannabis, questions like the hazard of Cannabis it can cause to the environment are now on its discussion. Cannabis farming needs energy and water to sustain it. However, the excessive use of this supply, other malpractices, and Cannabis waste can cause severe problems like water diversion, pollution, soil erosion, and high energy consumption.

Is CBD good for glaucoma?

What are the environmental impacts of cannabis cultivation?

People are now fascinated by growing Cannabis both for medical and recreational use. However, the drawbacks that affect the environment are inevitable. Some known environmental impacts of cultivating Cannabis are the following:

Growers know that Cannabis is a water-intensive crop. On average, they need 22.7 liters (6 gallons) of water per day during the growing season from June to October, which will last for approximately 150 days.

The high water demand for cultivating Cannabis leads to the search for more water sources. Thus, resulting in water diversion. It happens when we transfer water from one watershed to another to meet irrigation requirements. Despite solving the shortage problem for Cannabis cultivation, water diversion will lead to other issues such as reduced flows and dewatered streams. These issues will impact other crops that need water also to grow. Aside from that, it can also affect wildlife such as fish and amphibians. The reduced flow is dangerous for fish like salmonid fish since they have to live in a clean, cold, and appropriate water flow.

Another environmental impact of cultivating Cannabis is when water quality deteriorates. To protect Cannabis, growers use pesticides such as herbicides, insecticides, fungicides, nematode, and rodenticides. These chemicals make their way into the water, causing risks to the water environment.

Polluted water contaminates soil, surface water, and groundwater. These chemicals may put humans in danger through the food chain. In addition, it will also affect other irrigated crops and may risk them to groundwater contamination and poisoning from nearby bodies of water.

Today, the hydroponic system has become extremely popular with cultivators. This system will require 10% less water than traditional cultivation and does not use soil. It may sound harmless to our natural resources. However, it may also pose a hazard and contaminates water.

The hydroponic system requires a range of essential nutrients like nitrogen, sulfur, zinc, phosphorus, and potassium. When the water used in the hydroponic system is discarded, it may direct to streams, lakes, and other water systems. Thus, causing a hazard to our ecosystem. It can cause excess phytoplankton and algae blooms that can deplete oxygen levels and release toxins to our environment.

Cannabis is suggested to cause soil erosion. Soil erosion happens when the top layer of soil is lost or removed because of rain, wind, deforestation, and other human activities. Slopes are prone to erosion when cleared and cultivated. Thus, Cannabis can cause soil erosion, especially when planted on steep slopes.

On the brighter side, Cannabis is qualified as phytoremediation of contaminated soils. Phytoremediation is a plant-based technique to clean up soil, air, and water contaminated by hazardous elements. Cannabis is known to have the ability to absorb heavy metals from substrate soils and store them in its tissues. Also, Cannabis sativa can absorb lead and calcium from soils.

Cannabis is known to have a compound called terpenes that make them aromatic. Aside from that, terpenes also form Volatile Organic compounds (VOC). It is deduced that terpenes can double the rate of VOCs in the atmosphere. It becomes alarming since VOC interacts with other pollutants to create ozone, a dangerous toxic gas. VOC from Cannabis farming can make more than 2,000 metric tons of ozone per year from the Cannabis market alone.

Also, in Canada, growing Cannabis needs more energy throughout the year because of its harsh winter. Thus, high-intensity light bulbs are required to plant Cannabis indoors. For light fixtures to work, they need heating and ventilation systems, which require eight times the energy per square foot of a typical retail building.

Based on the Northwest Power and Conservation Council (NPCC) report, Cannabis facilities can consume 2,000 to 3,000 kWh per pound of product. The lighting requirement it needs is equivalent to hospital operating rooms, where lights are 500 times stronger than a recommended light level for reading.

How does Cannabis waste impact the environment?

Hazardous waste is dangerous to our environment. These wastes can contaminate landfills, pollute water bodies, and release harmful VOC into the atmosphere. Imagine the problem it may cause to our environment when people throw these harmful wastes and make their way into landfills. Especially when dumped in high quantities, it will cause a severe problem to our ecosystem.

What is the greenest approach to cultivating Cannabis?

Several impacts are known when it comes to cultivating Cannabis. Its effects circle back to the environment and humans who depend on the natural resources it can offer. There are ways to mitigate the negative impact of Cannabis farming. These solutions can make Cannabis cultivation more sustainable: