How To Dry Freshly-Harvested Weed? 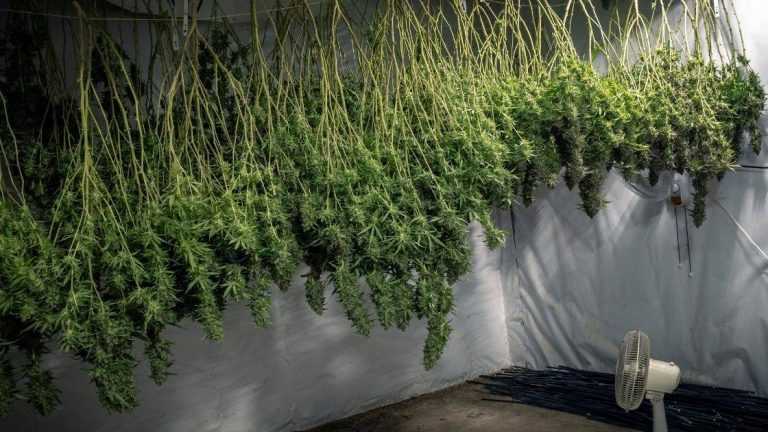 How To Dry Freshly-Harvested Weed?

What Does Drying Do?

Drying is an essential step in growing your weed. It may be one of the last steps, but it could be one of the most important. Drying enhances the flavors and allows the buds to be smoked.

Cannabis plants contain compounds like THC which are responsible for the "high" feeling after smoking weed. After harvest, while the plant is still fresh, it is not ready to be smoked yet.

Smoking undried cannabis is very harsh on your lungs and doesn’t taste good. Furthermore, it can’t be stored before it is dried as it would get moldy quickly.

Anyhow there are other methods to conventional drying and curing like water-curing and flash freezing when making live resin. If you want to learn more about these methods you should read out blog posts: "how to water cure cannabis?" and "how to make live resin?"

When the cannabis plant reached its maturity, it is now time to prepare it for drying. Cut 12” to 16” of the branch from the plant. This length should be long enough in case you prefer to hang the plant later on for drying.

Before hanging the plant, trim the excess leaves from the branches leaving only the ones closest to the flowers and buds. This step will consume a lot of time but it will help in drying the plant faster.

There are two ways to dry cannabis plants; by hanging and using a dry rack. Through hanging, the plants hang from a wire from the ends of their branches. It can also be done by clipping the plants with clamps. But with drying racks, the plants should be trimmed where all that’s left are the flowers and buds.

Regardless of the drying method used, maintaining a temperature of 70F or 21C and a humidity level of 45%-55% is a must. These are optimum settings that would help the plants dry well and fast.

It is best to store dried weed in jars. Placing the jars in a cool, dry place would help preserve dried weed for a longer time. Molds are the number one enemy of dried weed. However, storing them in containers would prevent the development of molds.

What Is Wet Trimming?

Wet trimming is the act of trimming the excess leaves of cannabis plants as soon as they get harvested. By doing this, it makes the drying process of weed faster. This is an advantage if you want to avoid growing molds.

Aside from that, wet trimming would help save space during the drying period. This works best for growers that don’t have access to a huge drying room. It is also the easiest method of trimming for novice growers.

What Is Dry Trimming?

Dry trimming is the act of trimming the excess leaves of cannabis plants after they have dried through hanging for 14 days. Since the leaves are still intact during dry trimming, the humidity level during the drying period would be higher than the intended level of 45%-55%.

The only downside of this method is that it takes more space compared to wet trimming. Since dry trimming requires the cannabis plant to hang with its leaves, it takes up more space.

How Long Does It Take To Dry Weed?

Drying takes approximately 7-10 days to finish. This estimate could be longer or shorter depending on the humidity level and temperature in the drying room. The trimming method could also affect the time it takes for weed to dry.

What Happens If You Overdry Weed?

Some growers go overboard when drying weed. Over-drying can be a problem for a lot of reasons. According to Cannabis Business Times, over-dried cannabis burns hotter and faster.

Over-dried cannabis also has less aroma and scent due to the removal of terpenes. Terpenes, provide the taste and smell of weed. Terpenes and Cannabinoids are delicate substances that quickly get broken down at too high temperatures. Thus it is important to find the sweet spot between drying slow enough to not lose terpenes and cannabinoids but also fast enough to avoid mold issues.

1. Avoid Mold At All Times
Molds ruin cannabis batches by making them unsafe for smoking and eating. They thrive in moisture which is what the process of drying eliminates. Always be on the lookout for possible mold development during the drying period. Taking them out the first time they grow is the best way to control the spread.

2. Dry Weed Slowly
The faster weed dries, the less potent it becomes. Therefore, make sure that weed dries at optimum levels to preserve its quality. Approximately, it would take seven to ten days for weed to dry.

3. Avoid Direct Sunlight and Direct Airflow
Both sunlight and airflow would make the drying process faster. Most of the time, growers keep their drying rooms dark to regulate the heat inside. Meanwhile, direct airflow also draws out too much moisture in plants.

4. Avoid Anaerobic Environments
Anaerobic environments refer to places wherein oxygen is not present. Anaerobic bacteria are bacteria types that do not need oxygen to live. According to a blog post by Ed Rosenthal, these bacteria produce acrid ammonia gas and attack buds, causing them to turn into mush.