How Long Does It Take To Grow Weed? 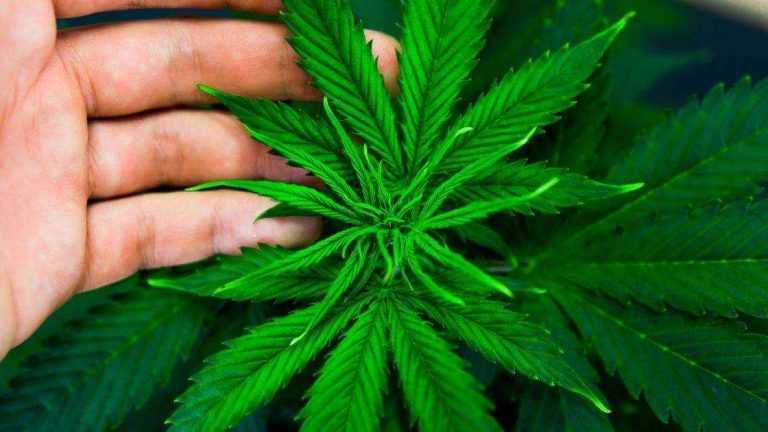 The fastest flowering cannabis strains take 40 days from germination to harvest. However, on average, it takes 3-5 months.

How Long Does It Take To Grow Weed?

What Are The Stages Of Cannabis Cultivation?

In this stage, the seeds crack open and release the first root of the plant. This stage only takes 1-7 days or approximately a week. However, this stage could take longer especially if the seeds you have are damaged or are not responding to how you prefer to germinate them. In some instances, a seed not growing is only a bad seed.

In this stage, more care is needed as the seedlings are vulnerable. They easily break as they haven’t developed a thick skin yet. Seedlings require a steady light source. This allows the process of photosynthesis to kick off which will signal the plant to make food for its own. But if you used auto-flower seeds, the need for a steady light source is not as required.

Transplanting the seedlings at the start of the vegetative stage is the best route to take. During this time, seedlings have sturdier stems that can support them through transplant. Although that is the case, it still pays to be gentle during the process. Avoid stressing out the seedling so that they easily adjust to their new pot.

Auto-flower growers often plant the seeds directly into the final container. If you are an auto-flower grower, you can skip the step of transplanting your seedling into its rightful container. Photoperiod strains still need the light setup at this point. After transplanting, the seedlings need more attention as they are still adjusting to their new home.

Because this is the most important stage of the plant’s growth, it is also the most meticulous. The light, water, and temperature are more controlled compared to the past stages. This stage will also identify the plant’s gender. After the first two weeks, the plant will grow out pistils that will identify their femininity. But if you see “nanners” or grape-like clusters from the flowers, then it means that you have a male plant.

For Cannabis indica and hybrid strains, it takes 7-10 weeks to flower. Meanwhile, for the Cannabis sativa strain, it takes a longer period at 10-14 weeks. Auto strains only produce flowers within 30-45 days.

What Type Of Cannabis Seed Grows The Fastest?

There are different types of seeds responsible for producing a cannabis plant. These are the regular cannabis seeds, feminized seeds, and auto-flowering seeds. Since these seeds have different qualities, they also grow at different speeds. Before we discuss their growth speed, let’s first identify the seeds one by one.

These seeds are produced by crossing a male and a female plant. A regular cannabis seed could either be a male or a female plant when it grows. However, this seed’s gender is unknown and unpredictable so a grower would have to wait until the flowering stage of the plant to determine its gender.

In some cases, feminized seeds are also genetically altered to produce female plants 97% of the time. According to an article by Suzy Seeds, these seeds are constantly checked and tested to make sure that there is a high chance of them producing a feminized seed.

These seeds will automatically flower regardless of whether they receive the right amount of light or not. Auto-flower seeds were produced by crossing modern-day strains with Cannabis ruderalis. But what is Cannabis ruderalis? There are three most common strains of weed: Cannabis Sativa, Cannabis Indica, and Cannabis Ruderalis. Out of the three, Cannabis Ruderalis has the lowest THC and cannabinoid content that is why it is often not used for weed growing.

This strain is often found in the Earth’s Northern and Southern atmospheres. Those parts of the world often do not receive as much light as most plants need. For the Cannabis Ruderalis to survive, it adapted to the lack of light and developed flowering without a sufficient light source. Combining that strain to the modern-day strains produced auto-flower seeds. These seeds have enough THC and cannabinoid content for smoking but they also don’t need as much light to produce buds and flowers.

Out of the three types of seeds, auto-flowers grow the fastest. They only take 8-10 weeks to grow and produce flowers. To some extent, it could take a maximum of 12 weeks. According to Royal Queen Seeds, although auto-flowers do not need a light schedule unlike regular seeds or feminized seeds, some growers still choose to expose their auto-flower plants in a 16:8-hour ratio. For 16 hours, the lights will be turned on while the remaining 6 hours of the day, the lights will be turned off. Other extreme growers would leave the lights on throughout the 24-hour period to maximize growth and photosynthesis but this could be expensive at the same time.

Regular and feminized seeds take a longer growth time as they go through longer times per stage. For example, an average germination stage takes up a week. The vegetative stage, on average, also takes up a week to 4 weeks. This doesn’t include the time needed for the flowering stage to commence and finish.

You can check the growth time table found in the latter part of this article to see the different growth times depending on the cannabis strain.

Growers now have an option to choose whether they will plant a seed from scratch, or do a bit of a shortcut through planting clones. According to an article from Leafly, it is indeed faster to grow weed through clones. However, growing weed from seeds or clones could have its own pros and cons. Both methods have their own strengths and weaknesses that contribute to their growth periods

For example, clones have a shorter growth period because this method includes planting cuttings from a mother plant. Clones skip at least two stages of growing weed which are the germinating and the seedling stages. That alone cuts down an average of 4-5 weeks in the whole growth period.

Meanwhile, cannabis seeds are a different story. Although they take a longer time to grow because of their germination and seedling stages, growers still prefer them for a lot of reasons. By buying from seed banks, a grower can be sure that the seeds start clean. This simply means that the seeds that are bought from seed banks do not carry diseases or pests. Another advantage is knowing what a specific strain looks like, smells like, and even its yield upon harvest.

On the downside, choosing seeds for planting doesn’t dictate the plant’s gender until a few weeks later of growth. Although that issue could be corrected by purchasing feminized seeds, it still isn’t accurate if you only bought a regular pack of seeds from the seed bank.

Other Cannabis Strains And Their Growth Times