How Long Can You Store Weed? 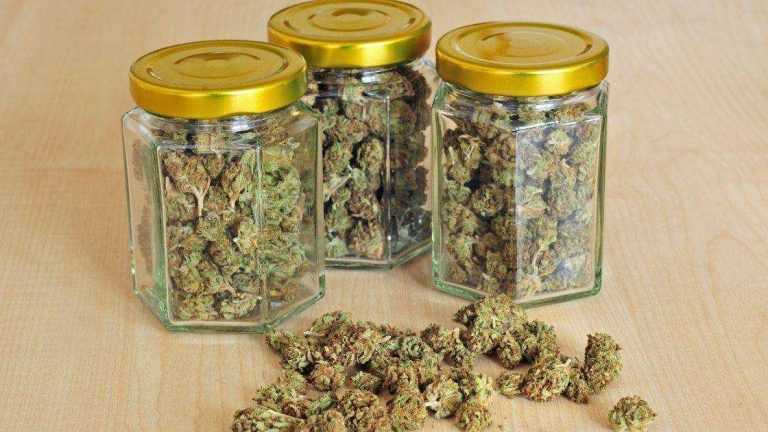 You can store weed for as long as you like. However, keep in mind that environmental factors such as light, temperature, humidity, and cleanliness will start negatively affect its potency and taste after a month of storage.

A study first published in 1976 claims that weed stays stable for up to two years. There were nine flower and two concentrate samples of weed used for the experiment.

After two years in storage, the results showed that light contributed most to the loss of cannabinoids in the samples, especially in concentrates. Air oxidation also contributed to the losses in the samples. The researchers concluded after the study that storing weed in a cool and dark place further prolongs its shelf life.

Anyhow, this is an ancient study. Nowadays, it is common knowledge that weed won’t go bad to an extent where it’s not consumable anymore. It will lose a lot of its terpenes, though. If you can, you should avoid storing it for longer than necessary. Unless it wasn’t dried properly and goes moldy. In that case, it will definitely not be safe for consumption anymore.

How Long Can You Store Weed?

The Best Way To Store Weed

1. Keep it Cool
High temperatures still affect your weed even if it’s in storage. It can cause your stash to dry out and its terpenes to evaporate. Lower temperatures can burst trichomes and also cause buds to lose potency. Store it at room temperature while making sure it isn’t too close to the heater or AC. Closets and drawers are usually good places to store weed.

2. Keep it Dry
Moisture encourages mold and mildew growth. It is something that you should keep an eye out for when storing weed. The relative humidity in your storage area does not go below 59% or higher than 63%. Keep an eye out for temperature fluctuations as they could also cause an increase in the chances of growing molds.

3. Keep it Dark
Ultraviolet light breaks down the cannabinoids and terpenes in your buds. Keep your storage containers in a dark place and never exposed to the sun.

4. Keep it Clean
Containers should be free from dirt and grime that can affect the buds in storage. They should be clean and disinfected before use.

Why Is Proper Cannabis Storage Important?

In 2018, the American Society for Testing and Materials (ASTM) established that weed storage environments can only have up to 65% of relative humidity to avoid mold growth. However, the moisture of the buds themselves is just as important. Make sure they are properly cured and dried before packing them up for storage.

If you are unsure how much to dry your buds before longer storage, I would always recommend drying them a bit more than necessary. A bit of flavor loss is a lot better than having an entire harvest go to waste due to mold.

If sacrificing flavor is not an option, grow or buy smaller batches at a time. Cannabis is more easily obtainable now than ever before, and even if you grow your own, a full growth cycle, including drying and curing, takes only around 3 months. There is really no reason to store weed longer than that.

Anyhow, If your weed starts smelling bad or shows other obvious signs of mold, dispose of it straight away. Smoking moldy weed can cause serious damage.

How To Store Other Cannabis Products?

Aside from the buds themselves, other weed products such as edibles, tinctures, and concentrates need to stay fresh as well.

How to store edibles?
Store bought, cannabis-infused products like edibles, have storage guidelines. As homemade edible often contain quickly perishable ingredients, you shouldn’t store them at all, but rather consume them within 2 days of making them unless you are 100% sure that the used ingredients have a longer shelf life.

How to store cannabis tinctures?
Oil and alcohol-infused products like tinctures evaporate and degrade based on heat, light, and humidity. Store them in a tight-sealed container in a cold and dark place. Tinctures can last longer than buds. They can be fridge-stable for years. Always make sure no dirt gets into the bottle and dispose of it if it starts smelling bad.